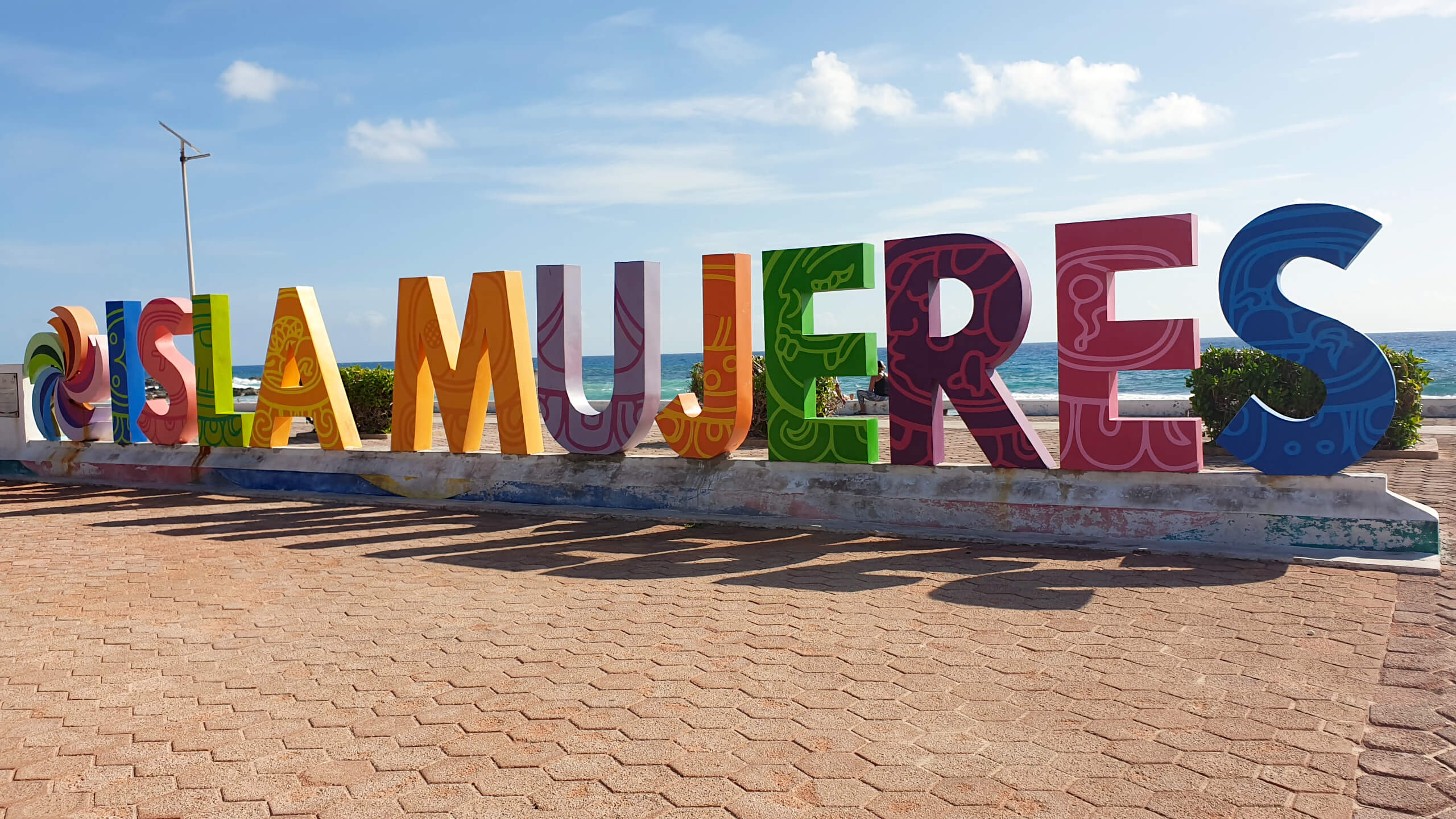 Time flies when you’re having fun! I can’t believe we’ve already been in Mexico for a week. Because, although it isn’t that long of a time, the days just go so quickly when you’re laying in paradise!

After the trauma of an 11-hour, full flight from London to Cancún in the middle seats, our first stop was a small hotel in central Cancún. We stayed there for just the one night before getting the ferry over to Isla Mujeres. The island is 6 km long, located 15 minutes off the coast of Cancún and is home to some of the bluest waters I’ve ever seen!

The 4 days and nights we spent on the island mostly consisted of laying around, eating and getting over jet lag. Although we did find time to go swimming in the calm, warm seas on the north and west coast of the island, with beautiful white-sand beaches. In contrast, you can’t swim on the eastern side of the island due to rip currents and hidden rocks.

On our final full day on Isla Mujeres, we hired bicycles to explore the island. Costing just £4 (120 pesos) for the full day, it was unsurprising to find that the bikes didn’t have gears and some didn’t have brakes! So, off we set on bikes that were probably older than us!

Now, I should add here that there is no escaping the heat on Isla Mujeres. There’s no getting up before the heat of the day or waiting until later in the day. The night-time air temperature was 27 Celsius and the daytime shade temperature was 29 Celsius. AKA hot all the time. So, off we set on bikes that were probably older than us and in scorching, humid heat…

On a nutritious breakfast of a chocolate muffin, I was coping just fine along the flat roads with the breeze in my hair. Until we reached the slightest incline, that was! No gears, blood sugar crashing and the heat tolerance of someone who’s just spent almost 18 months inside their Yorkshire flat was not exactly a recipe for success in the Caribbean summer to start with. But, oh my, I was melting. I think the exact phrases I might have used were ‘Adam, I think I’m dying. I think I’m going to throw up. I need shade. I can’t cope. It’s too f***ing hot.’

So after several stops and several times pushing my bike up very small hills, we made it to where we wanted to visit. First, was a turtle sanctuary and, second, was Mayan ruins at the very southern tip of the island. By the time we had reached the Mayan ruins, I was adamant that I needed to go for a swim to cool down. So, in typical Adam and Zoe end up in a pub fashion, we found a nearby beach club on Google Maps that looked perfect!

And, honestly, it was paradise! The beach club had its own private beach, pool and pier, as well as sun loungers, cabanas and al fresco dining. All of which, was free to use as long as you bought food or drink there. And, since the chocolate muffin was long gone from my system, we couldn’t say no!

After Isla Mujeres, we then spent 3 nights in Cancún’s hotel zone. A place that can only be described as a wannabe Las Vegas. We thought we’d go for a walk to explore at about 5pm on our first day, only to find many, many open-fronted bars and nightclubs blasting out music (which, of course, continues all night). If you’re ever thinking of visiting Cancún, I can only recommend booking an all-inclusive resort stay so you don’t need to leave the hotel! Luckily, our hostel was serene and relaxing. We spent three days laying by the pool and it was bliss! (Selina Cancun Hotel Zone if you’re in the market for recommendations!)

We did also fit in watching the Champions League final… [THE REST OF THIS PARAGRAPH IS REDACTED BC TOO TRAUMATIC FOR ADAM].

Next, we are spending a whole week in the nearby coastal town on Puerto Morelos. We need some peace and quiet after a few days in Cancún! Plus, this will give us time to sort out our plan for the next few weeks.