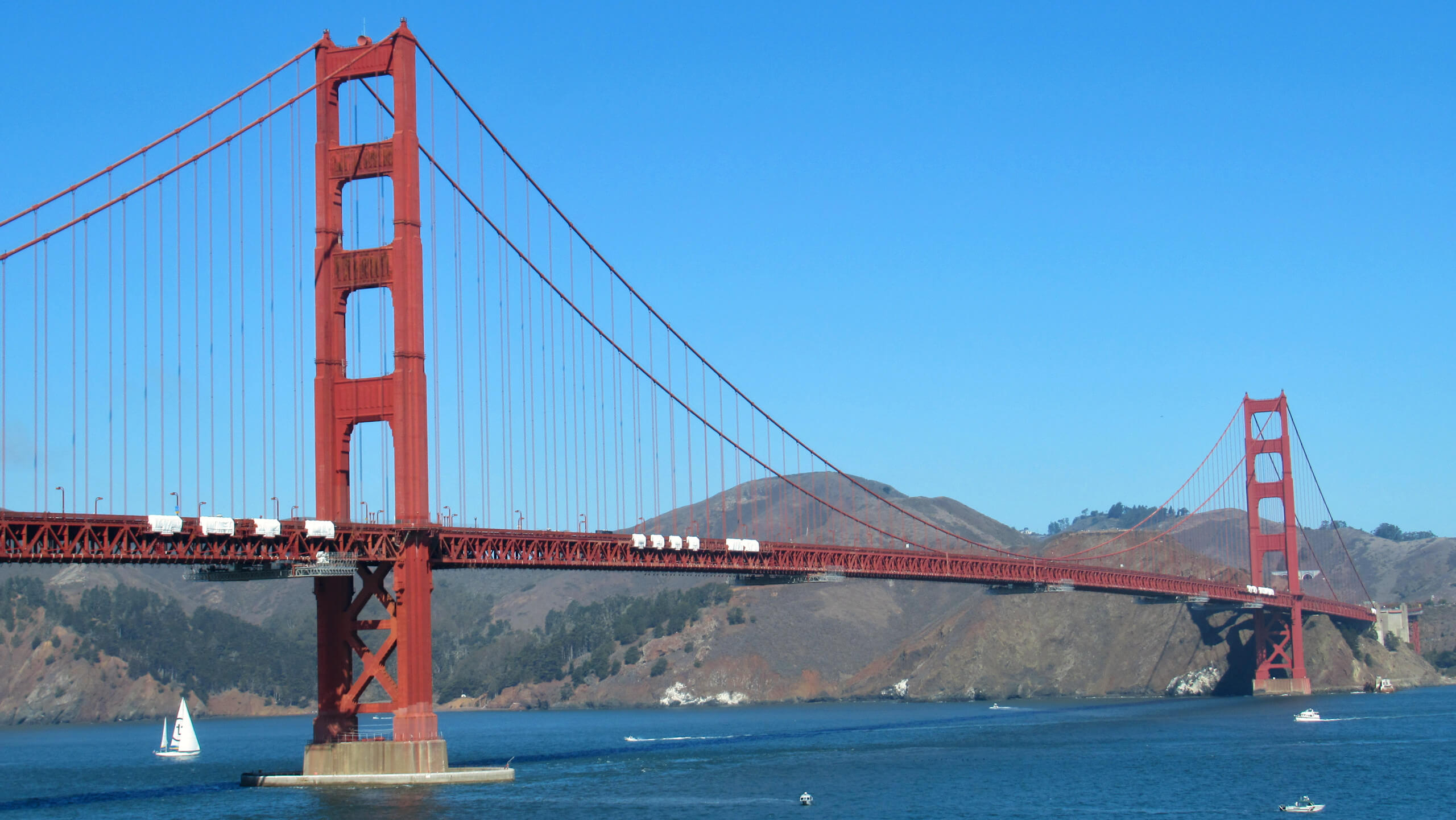 Visiting the USA was never part of the plan for this world trip. However, having made the decision to come, I was certainly going to make the most of it. The US might be a journey north from Mexico but it’s a trip to the western world. The thought of some home comforts was appealing after 4.5 weeks in Mexico!

I arrived into San Francisco late so stayed at a cheap hotel near the airport. Cheap, that is by the standard of San Fran and the Bay Area. Not cheap by UK standards and definitely not compared with Mexico! This was the first glimpse at just how expensive the city has become.

The next morning we got a(n actually) cheap bus into the city centre – sorry, downtown – ready to explore one of the most iconic cities in the world. After dumping our stuff at the hotel, we headed out to find some lunch. I’d known before coming to San Francisco that as someone that wasn’t vaccinated, I wouldn’t be allowed to eat-in at any restaurants. Or visit any indoor entertainment venues. I slightly begrudged the liberal-ness of San Fran for a minute, it wouldn’t have been like this in Texas!

I’d wanted to take Adam to a Cheesecake Factory, but alas, we had to settle for McDonald’s. Only, it cost us 25 USD for two meals. I almost fainted in shock. Despite the ridiculous prices, it does only cost 40 cents to upgrade from medium to large! ‘Murica.

After eating our nutritious lunch, we headed off to the Ferry Building for bay views. The entire walk there I could hear planes passing over very quickly, but I couldn’t see any. The limited sky views between the skyscrapers didn’t make for ideal plane spotting. But, once we got to the bay, we were treated to quite the aerial display of fighter jets and small planes performing all sorts of manoeuvres over the city.

Apparently, it was Fleet Week – a Bay Area military tradition – which culminates in a 2-day air show. And, it just happened to be Day 1 of the air show!

I was very excited to see the Golden Gate Bridge. I still take photos of the Humber Bridge every time I go past it on the train (10 years and counting). So, I certainly did not get bored of the view in the few days we were in San Fran.

No one can have too many Golden Gate photos. So, after visiting just about every marked viewpoint and walking various trails around the Golden Gate Park, it was time to walk on the bridge!

The bridge is a mile in length, going from San Francisco in the south to Sausalito in the north. Having already spent at least 2 hours walking around the park and to the bridge, we only walked to the first upright and back. But, it still provided the most magical views of the bay and city.

All the while, fighter jets and planes have been thundering across the bay. Although many Bay Area natives were excited for the Blue Angels – a more acrobatic and exciting version of the Red Arrows – I couldn’t wait to see United’s 777 fly over the bridge!

And, it certainly didn’t disappoint! Like a nerd, I’d been tracking it circling over the Pacific before it glided elegantly over the Golden Gate. In fact, the plane flew two full loops, descending into the Bay, climbing up towards Oakland and Berkley and then performing a quick dip and climb over Alcatraz! Incredible!

The Best of The Rest of San Fran

On the final full day staying in the centre of San Francisco it was time to mop up all the other must-do activities. Starting with a trip to Alcatraz to learn about its complex history from housing prisoners to housing an occupation protest. The ticket price includes an audio tour that goes into a lot of detail about different aspects of prison life and some of the former prisoners. Highly recommend it if you’re ever in San Fran!

Next up was a DIY walking tour of the city – Chinatown, Lombard Street (the crookedest street in the world) and ending at In-n-Out Burger. Pre-pandemic, I’ve seen photos of people queueing down the street for In-n-Out Burger, but luckily on a Monday night in October, it wasn’t busy. The food was good – like Five Guys but with fewer customisation options, but tasty nevertheless.

The last two nights in San Fran I stayed back in the airport hotel. This gave us time to sort our antigen test and make plans for our next destination – Guatemala!